My God! It's been over a year since I posted a blog to Collecting QR! Not that I haven't been doing anything but I have had some major changes in my life and work on Clarabelle has taken a back seat. So, let's bring it all up to date. 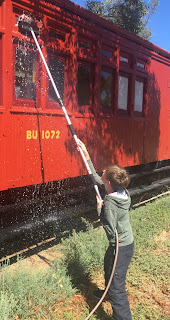 Chester and I spent last Xmas and New Year in England and France so, when we returned in February, Clarabelle needed a good clean. 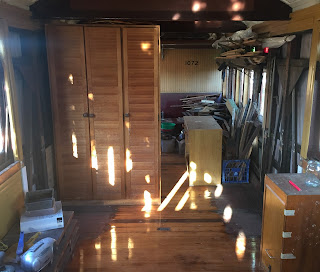 Later in the year I rearranged the far end of the carriage in preparation of finishing off the lounge area and building the bulkhead that will separate the 2nd bedroom. 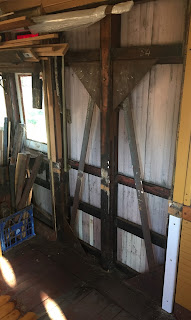 While rearranging the end of the carriage, I exposed this section of wall where you can see the steel reinforcing installed by QR to stop the carriage body from wobbling. This will soon be panelled over. 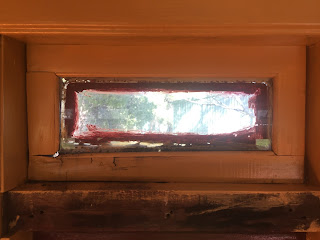 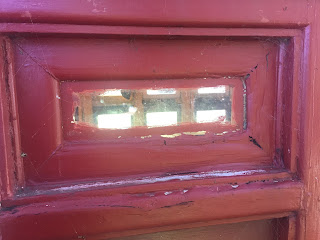 Next visit to the carriage I decided to investigate some rot in one corner of a droplight, seen here from both the inside and the outside. You can see daylight through that hole! 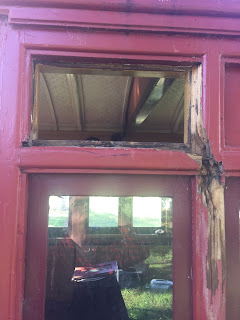 Chasing the rot into the framework revealed that it was more extensive than I imagined. This was not going to be a simple patch-up job! 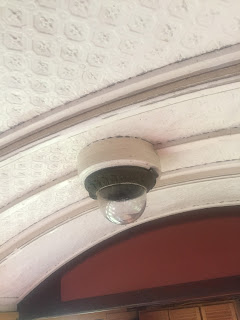 Continuing work on the inside, I put up a replacement light fitting and scraped the old paint away from some of the ceiling mouldings. I hate working on the ceilings; a sore neck and covered in flecks of paint. 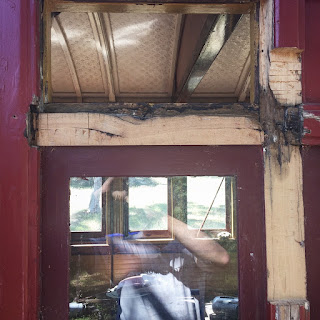 Back to that rot problem. I had to cut back, clear out and square off the damage then fit a couple of pieces of Maranti to make good the damaged timbers. I took these home for final shaping. 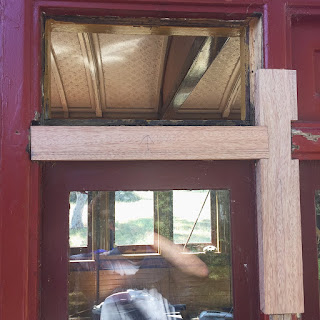 So far I've managed to fit the replacement lintel, surrounds around the toplight and replaced the toplight temporarily with a piece of 12mm ply, the whole lot liberally covered in 3-in-1 for protection. 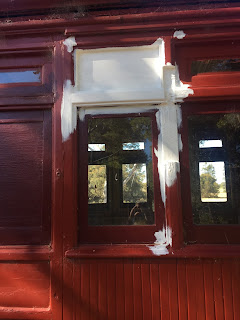 The replacement post proved more problematic so it's back home for some more adjusting before I can install that bit. 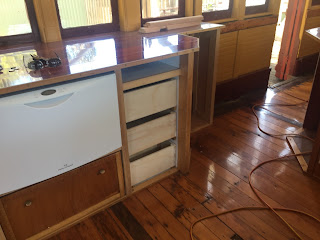 While at home I build three draw carcasses for under the left hand bench in the kitchen. 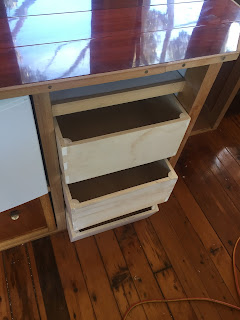 These are constructed from 12mm ply with reinforced corners. Now to make up the fronts for them!